Desalination describes the process of removing dissolved salts from saline water. The result of this process is two streams of water. The product water has a low salt concentration and can be used as drinking water, potable water, or irrigation. A highly saline water stream called brine or concentrate is the by-product of any desalination process that needs to be discharged or further processed. 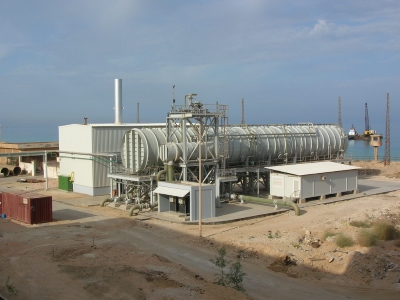 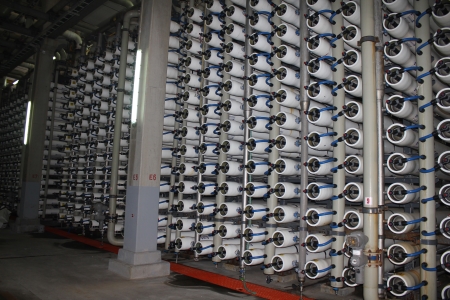 The two most common desalination technologies are thermal distillation and membrane separation. Historically, thermal distillation technologies, such as multistage flash distillation (MSF) and multiple effect distillation (MED), have dominated the market, but reverse osmosis (RO) has become increasingly popular. In 2018, 69% of all industrial desalination facilities used RO, while only 25% were based on MSF or MED. A newer, less implemented process is electrodialysis. It is an electrochemical process in which the separation of ions from water is achieved by means of an electric field and the use of ion-selective membranes. Electrodialysis has so far been used for the desalination of low-salt water.

Thermal desalination works by water evaporation using heat, usually from steam generators or waste heat from nearby power plants. As a result, MSF and MED technologies are both extremely energy-intensive. 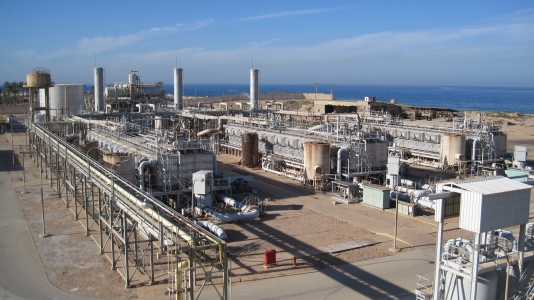 Desalination by RO involves forcing salt water under pressure through several small, semi-permeable membranes. The water can pass the membrane while salts are rejected. Due to its energy efficiency and reliability, reverse osmosis technology is used in large-scale desalination plants worldwide. In arid, sun-intensive regions, solar power often represents a viable, cost-effective energy source for desalination.

In contrast to thermal desalination processes, RO requires only mechanical energy for operation, which is provided on a large scale in the form of electrical energy by pumps. The remaining mechanical energy can be recovered in the concentrate by using energy recovery devices to reduce the energy requirement.